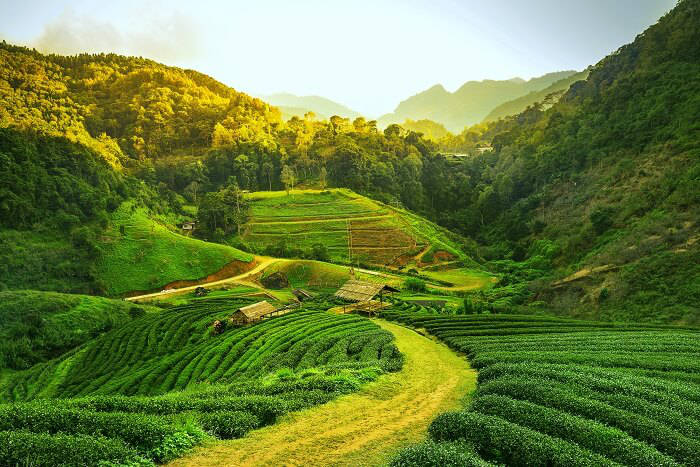 The size of the Indian Textile Industry is currently estimated at around US$ 108 billion and is expected to reach US$ 223 billion by 2021. The Domestic textile industry contributes to about 14% to India’s industrial production, 5% to the Gross Domestic Product (GDP) and 27% to the country’s foreign exchange inflows. 100?I in Textiles sector through automatic route provides excellent opportunity for investments in Indian textile Industry.

Assam ranks 3rd amongst raw silk producing states in India contributing over 80% of Muga silk and over 60% of Eri silk produced in India. The state houses more than 13 lakh looms out of the total 28 lakh looms in the country. Sualkuchi in Assam is known as the Manchester of the East and is world renowned for its unique Assam Silk. 98 Weavers Extension units and 20 Handloom Production Centres produce 65.3 thousand metres of handloom fabrics in the state.

Assam has a great Textile tradition. Since time immemorial the Assamese women, rrespective of caste and social status, have been weaving the daily requirement of their cloths and apparels and have been taking pride in her works. Weaving in the handloom has been a very respectable day-to-day job for the Assamese women. This weaving tradition has been handed down from generation to generation by the Assamese women folk who excelled in production of extremely beautiful designs in their looms. During his first visit to Assam in 1921, Mahatma Gandhi wrote that....” Every Assamese woman is a born weaver...and she weaves fairy tales in her loom” Weaving in silk along with cotton yarns has been practised in the state since long and all the three major silks viz. muga, eri and mulbary were known to the Assamese weavers and rearers. In the days of the Assam kings however, wearing of apparels made of silk fabric was mainly the prerogatives of the richer and higher echelon of the society. Assam kings and other higher ranks wore apparels made of a special variety of muga silk known as “Mejankari Silk”, which was reared in a special tree ( Chapa) and was generally adored as a better quality silk than the common golden muga. The Assam kings created separate administrative machinery to look after the silkworm feed plants, silkworm rearing, reeling of silk yarn & weaving of silk fabrics. Primarily due to royal encouragement and patronage, the spinning & weaving had become indispensable profession of every Assamese household. The social status of muga silk culture was very high and the practice of silkworm rearing reeling & weaving of muga silk was most common than other silk. During the British Rule, the compulsions on silk rearing & weaving disappeared. Yet, these activities were still regarded as necessary accomplishments for every household. During 1832-33 (Dec-April), 1833-34 (May-June) & 1834-35 (July-June), Assam exported 69, 291 & 224 maunds respectively of muga silk thread to Bengal, the value of which was placed at Rs. 13,973.00, Rs. 58,220.00 and Rs. 53,889.00 respectively. The total value of export of muga raw silk from Lakhimpur District during 1871-72 was about Rs. 60,900.00. During 1882-83 & 1897-98, the total value of export of silk from Assam was Rs. 2,04,930.00 & Rs. 3,66,310.00 respectively. In Assam the handloom textiles sector is at present giving employme