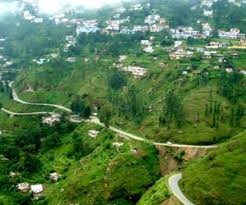 Uttarakhand covers an area of 53,483 sq km and had a population of 8.5 million as of March 2001. • The state was formed in November 2000 by carving out the 13 hill-districts of Uttar Pradesh. Formerly named Uttaranchal, Uttarakhand became the 27th state of India after separation from Uttar Pradesh; Dehradun was named the capital. • Uttarakhand’s location has strategic significance because part of its borders constitute the Northern boundary of the country. The state shares borders with Tibet in the North and Nepal in the East, inter-state boundaries with Himachal Pradesh in the West, Northwest and the Gangetic plains of Uttar Pradesh in the South and Nepal. • Uttarakhand has diverse geographical features ranging from snow-capped mountain peaks in the North to tropical forests in the South; its climate and vegetation vary accordingly. • Hindi, Garhwali and Kumaoni are commonly spoken in the state. English is the medium of education in many of its schools.

The Uttarakhand government is planning to set up a series of textile parks in the Kumaon region by offering attractive incentives, which includes a rebate on the land price, besides capital subsidies.

Under mega textile policy, three textile parks in Kashipur, Jaspur and Sitarganj are being set up where a host of incentives will be available to attract new investments.

The company setting up a new unit will be given a 50 per cent rebate on the land price, a government official said. The new project having investment above Rs 75 crore will be termed as a mega textile park project under the poly guidelines.

An interest subsidy of 7 per cent is also being offered by the government while cent percent VAT concession will be given on purchase of raw material and on sale of finish goods for seven years from the start of the production. Further, there will be 100 per cent stamp duty rebate on the purchase of land.