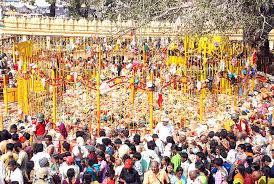 In June 2014, Telangana was introduced as the 29th state of the India, Hyderabad is the capital of the state.

Telangana is situated on the Deccan Plateau. It is home to three national parks and eight wildlife sanctuaries.
It is surrounded by Andhra Pradesh from the south and east end,Maharashtra and Karnataka from the west, and Odisha and Chhattisgarh from the north end.
Telugu is the generally spoken language in the state. Hindi, Urdu and English are also usually spoken.

Telangana’s GSDP grew at a CAGR of 12.60 per cent (in Rupee terms) between  2011-12 and 2017-18.
The state government plans to build more airports in the state to improve connectivity.

Major  objective  of  the  policy  is  to  build  upon  the  State’s  strong textile  base through  an integrated  value chain approach. Specific objectives  of  the policy are:

Emerge  as  one  of  the  key  investment  destinations  for  textile  and  apparel sector  both  domestically a n d globally .
Encourage  investments  across  the  value  chain  including  spinning,  weaving, processing and  garmenting.
Utilize entire cotton produced in the state by developing backward and forward linkages from fiber to  finished  products.
Making textile sector more productive and remunerative to the existing weavers by technology and skill  upgradation.
Enable  additional  employment  opportunities  in  the  sector ,  and  to  facilitate  homecoming  of  all
Telangana-origin  workforce  back  to  the  state
Support  creation  of  a  pool  of  skilled  workforce  for  the  industry .
Support and  encourage  industry  that  provides a  fair  and  decent livelihood  to  the  workers and  passes on  the  benefits  given  by  the  State  to  the  employees.
Make  the  artistic  weaves  from  the  state  highly  valued  in  the  world  for  their  designs  and  quality.
Create  a  market-conducive  environment  for  the  sector ,  thereby  contributing  substantially  to  the  state’s GSDP .