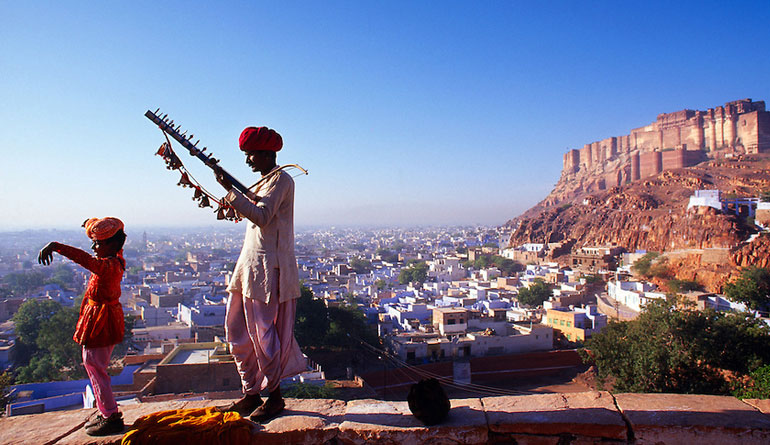 Rajasthan  is  the  largest  state,  by  area,  in  India,  is  situated  in  the north-western  part  of  the subcontinent.  It  is  surrounded  on  the  north and  north-east  by  Punjab,  Haryana  and  Uttar Pradesh; on  the  east and  south-east  by  Uttar  Pradesh  and  Madhya  Pradesh  and  on  the
south-west by Gujarat.Jaisalmer,  Udaipur,  Jodhpur,  Ajmer,  Bikaner,  Alwar,  Amber  and Chittorgarh are some of the key cities and towns in the state.
The  most  commonly  spoken  language  of  the  state  is  Hindi.  Marwari,Jaipuri  (Dhundhari),  Mewari and  Malvi  are  the  other  dialects  popular in the state. English is the medium  of education in most schools.

The  policy  was  released  on  November  5,  2015  in  Jaipur.  The  previous  IT and  ITeS  Policy  aimed  at  controlling  the  IT  services  in  order  to implement e-Governance initiatives  in the state for the betterment of the citizens.
• This new policy has been released in order to develop public departments and   increase the promotion of IT/ITeS/ESDM/Robotics sectors in the state.
• The robotics, ESDM and manufacturing  sectors have been added in the policy  for the first time.
• The policy  has was developed by  the support of technical experts, academician, various institutions, and for fulfilling the public opinion.
• Under the state category of eGovernance Awards for the year 2017, Rajasthan won ‘Winners  of Excellence”.

The state government allocated US$ 111.77 million for the Department of Information Technology and Communication in the state for 2017-18.
In  January  2017,  Government  of  Rajasthan  launched  its  pilot  project  of  cashless  transactions  in  the  state’s  Bharatpur  district,  Rarah  gram
panchayat.