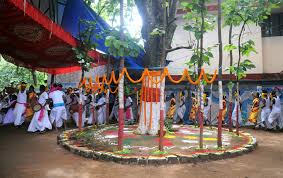 Jharkhand, one of India’s newest states, was carved out of the southern portion of Bihar in 2000. It is a land locked territory bound by the state of Bihar on the north, West Bengal on the east, Orissa on the south, and Chhattisgarh on the west. Jharkhand’s proximity to the Ports of Kolkata (400 km from Ranchi), Haldia (420 Km from Ranchi) and Paradeep (560 Km from Ranchi), makes the State attractive for it to be an ideal location for Export Oriented Units (EOUs), interested to enter in emerging markets of South East Asia considering the freight advantage with safe, smooth and faster movement of their produce. In addition to this, Jharkhand is also having dry port facility at Jamshedpur.

The industrial city of Ranchi is its capital and Dumka its sub capital and Jamshedpur as the largest city in the state and one of the most industrialized cities in the Country. The region with an area of 74,677 sq. km and a population of 32 million has infinite scope for growth and development.

With an enormous potential for industrialisation and large deposits of minerals (around 40 percent of India’s mineral wealth) which provide a solid launching pad for all kinds of industries, the state is widely acclaimed as the region of future. It ranks first in the country in production of Tasar Silk as well as in the production of Coal, Mica, Kyanite and Copper in India.
The state is rich in forests and minerals complementing its vibrant tribal culture, art and crafts.
The uniqueness of natural resources existing in the state has supported many crafts which
are being traditionally practiced. Stone artefacts of Palaeolithic age, Malhore’s Dhokra, ironsmelting culture of Asurs, painted rock caves of Barkagaon in Hazaribagh, all point to early
metallic and artisanal traditions. Tribals from Austo-Asiatic, Dravidian and Indo-Aryan families along with the latter settlers have added new dimensions to art and craft of the state which has made Jharkhand’s past a prologue to its future. Wild taser silk, lac, sal and palm leaves and other forest produce remain important to craft production in the state. It’s not enough to call Jharkhand a treasure house of ethnic arts and crafts. It is a repository of memory, of beauty, of generosity, of authenticity, of values, and of extraordinary and unexpected potential that reflect Jharkhand’s ability to reach beyond words, to follow their dreams.

Government of Jharkhand (GoJ) aims to promote and develop a robust textile and apparel industry that provides sustainable employment to weavers and posits Jharkhand as a destination of choice to global textile majors. The policy aims to modernize textile manufacturing and improve productivity in order to ensure availability of quality fabric at affordable prices to cater to domestic and international demand.

To establish the textile and garment industry of Jharkhand, as a producer of internationally competitive value added products thereby maintaining dominant presence in the growing domestic and international market and contributing to the sustainable employment and economic growth of the State.