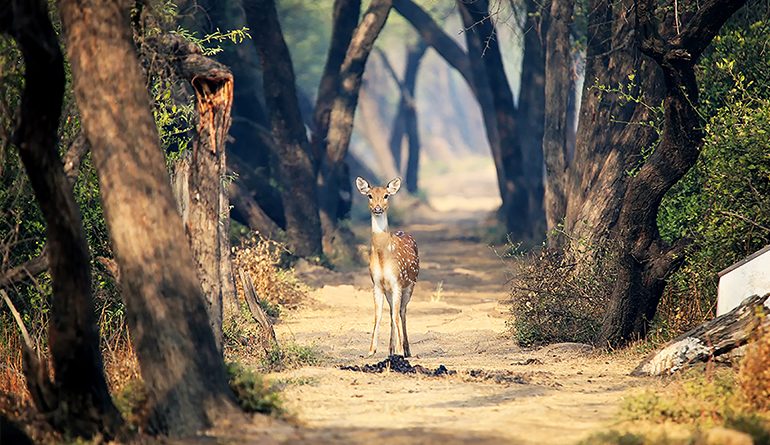 The  Textiles industry  is  the  second most important  economic  activity in  terms  of employment  generation  after  agriculture.  lt  is  also one  of the major sources  of  the country's export  eamings at 15o/o.lts  share  in  industry  output in  terms  of value is estimated  cunently  at about  7olo.  The  whole industry  is  undergoing  major restructuring  and technology  change, and  therefore,  the  govemment both at central and state  levels  are  considering  measures  to  support  the  industry  on which livelihood  of several  millions of people  is  dependent.
Gujarat  is  an industrially  robust  state;  be its  geographic  leverage  owing  to  its  ports or  its  fertile  black  soil  producing  highest  amount  of cotton  amongst  the  lndian states. Gujarat  as  "Manchester  of  the  East" as it  was hailed  earlier, has  now established  itself  as the  "Textile  State of lndia".  Being  largest  producer  of Manmade Fibre, Synthetic  Fabric  and Denim, Gujarat contributes about  12o/o  of the  country's  textile  exports. Gujarat has the presence  of the  entire  textiles  and
apparel  (T&A)  value chain,  starting from  availability  of  raw  material,  yam pioduction,  fabric   production,  up  to  apparel  and made-ups manufacturing units.

Gujarat  contributes  35 per  cent to  lndia's  cotton  production,  and  in  case of manmade  fibre  production,  the  state's share  is  nearly 50  per  cent.Almost 30 per  cent  of lndia's  mill  sector
production  of tabnc  comes  from  Gujarat.
The  state  has more  than  30 sanctioned textile  parks,  which is  second  highest among  all the  states.  Gujarat also has  significant  number of  medium and  large textilJprocessing houses. Moreover,  Gujarat contributes about 4Oo/o ol the  total fabric  production  from  man-made  fibres  and about  25 per  cent of the  country's technical  textiles  output.

Gujarat Textile  Policy  2012  was operational  till  3'd September  2018  and has proved to be a very successful scheme in terms of investment and employment generation.  Sectors like Ginning, Spinning and Technical Textiles saw tremendous growth during  Gujarat  Textile  Policy  2012.  Garmenting,  as found  to be deserving separate attention with regard to  various catalysing  factors  present in  the  state,  has  already been  given  a separate  incentive  scheme  under the Gujarat  Garment  & Apparel  Policy 2017 issued  in  October  2017.Looking  to  the  above,  the  State Govemment  analysed  the  existence  of all segments  in  the  textile  value chain and identified gaps  in  certain  segments.  After careful  consideration, Government  has decided to  come out with  a new scheme to  strengthen  the value  chain  and  extend support  to  Textile  lndustry  in  the  State of  Gujarat.